Reflections of Advocacy and the Thin Silver Line 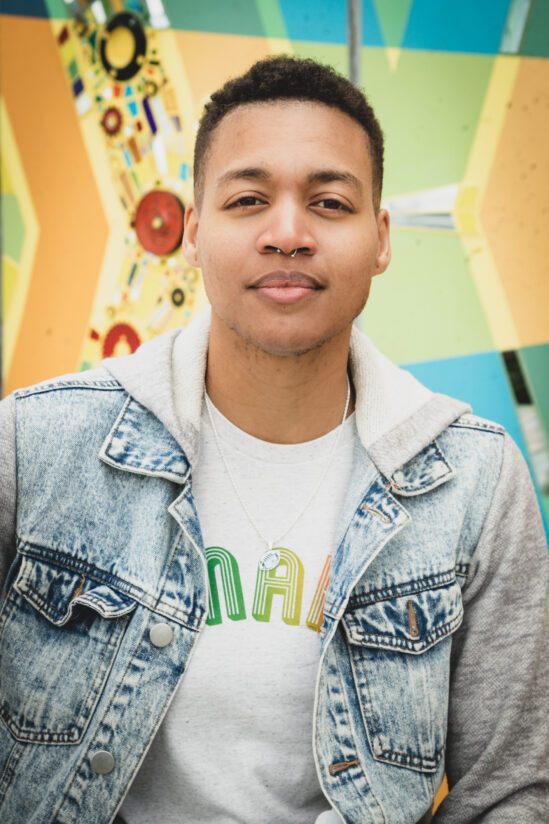 One thousand, three hundred, sixty-eight. That is the number of days that I spent swiping a badge to enter a building in a position that I believed, at the time, to be on the right side of change. When I first stepped into the role of Correctional Officer, I had this novel idea that I could start at the lowest level, work my way up, and enact a system change from within.

Each day that I buttoned my shirt, laced my boots, and strapped on my duty belt, felt like another day that I was serving the system, not breaching it. In a uniform, you must abide by the policies and procedures set forth by the institution, nothing more. If you have a conversation with an incarcerated person that lasts longer than five minutes, you’re placed under a microscope and watched at all times. Showing concern for someone’s mental health gets shot down with, “They’re probably just going through withdrawal. They’ll be fine.” Prolonged conversations and assisting someone outside of the scope of the duties of the job are immediately seen as unethical and a show of favoritism.

Bodies placed beyond barbed wires and secure doors are often judged by their worst mistakes. They are not allowed the grace of having too few resources, lack of mental health facilities, defunded public education – failed community systems that say a body is worth more behind bars than on the street.

In Masked Racism: Reflections on the Prison Industrial Complex, Angela Davis states, “Prisons do not disappear problems; they disappear human beings.”[1] She also notes that “homelessness, unemployment, drug addiction, mental illness, and illiteracy are only a few of the problems that disappear from public view when the human beings contending with them are relegated to cages.”[2]

What does advocacy look like when parameters are set for it to fail? For one thousand, three hundred, and sixty-eight days, I watched as funding was pushed for new jails and prisons, finances that paid my salary, while aid for mental health facilities and community resources gradually got stripped away.

Re-entry programming gives the public a feigned sense of relief that these institutions are a place of “rehabilitation” and “corrective behavior.” There are no long-term mental health solutions, no action-based planning around managing addiction, or achievable goal setting. There is no training that allows for a person to adjust to life outside of a six by eight-foot cell.

After one thousand, three hundred and sixty-eight days, I swiped a badge for the final time. Even as a black body, when you are in a blue uniform, your commitment to upholding a standard of respect, fairness, and consistency will always be questioned, and your advocacy untrusted. Abolishing prisons is the ultimate goal. In the meantime, I will continue to nourish the freedom to stand and fight with system-impacted individuals and organizations who are committed to doing the work to dismantle systemic oppression. Everyone deserves to know that they are not the sum of their poorest choices.

Back to Blog Next: Traveling As An Antidote